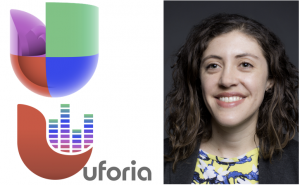 Expanding its online music strategy, Univision has launched a talent incubator called U-LAB, which will allow emerging musicians to participate in a fellowship to develop and showcase their music.

Calling it a “music innovation center,” the venture is a partnership between Uforia Music and Casa Limón, Spanish musician and producer Javier Limón’s record label.

Limón is U-LAB’s creative director. Singer Alejandro Sanz and musician Jorge Drexler are also onboard as creative associates and will give input and direction to the up-and-coming artists.

The incubator aims to produce albums for each artist, launch special projects such as documentaries and festivals.

In addition, U-LAB will house reporters and digital media production teams who will work with participants to deliver marketable digital content.

Uforia Music is also undergoing some changes. In addition to enhancing the user experience with distributed content and new video formats such as 360-video, it’s expanding its original content offering with a dedicated editorial team.

Nuria Net will be leading the effort as Senior Editor. Net, co-founder and former Editor-in-Chief of Remezcla.com, is a founding digital editor at Fusion, where she most recently oversaw content strategy for its international Snapchat Discover channel.

Raquel Miserachi joins the Uforia Music team as a digital journalist. Raquel was previously at Buzzfeed.