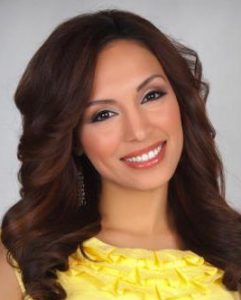 “As a Nicaraguan refugee, who became an American citizen, one of the other achievements that I hope to reach in this great country is reaching my PhD in a field that I love and having research to call my own,” she said on the air.

She leaves Fox News to start as a full time PhD student at Central Michigan University next Monday, August 29.

“It’s been very tough to make this decision. It took many, many months of thinking about it,” she shared.

She plans to return to on-air work in the future and expressed interest in freelancing for a local station in Michigan while she pursues her degree.

Maria joined FNC as a meteorologist in October of 2010, appearing regularly on “FOX & Friends.”

She previously worked as a bilingual television meteorologist for AccuWeather in State College, Pennsylvania, where she presented local and national weather forecasts in both English and Spanish.