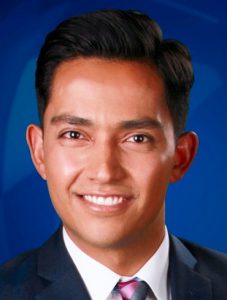 Octavio joins KTAZ as weekend anchor and reporter for Noticiero Telemundo Arizona. He replaces Rubén Pereida, who left the station in May to become a Telemundo network correspondent in Chicago.

Octavio will make his on-air debut on Saturday, September 3, anchoring the weekend’s 4:30 and 10 pm newscasts, which are simulcast on KHRR Telemundo Tucson. He’ll also report Monday through Wednesday.

Prior to Telemundo, Octavio spent more than 5 years at competitor Univision in Phoenix, starting as an associate news producer and moving up to a video journalist and fill-in anchor.

He previously worked as a contributing writer and photographer for the San Diego Union-Tribune.