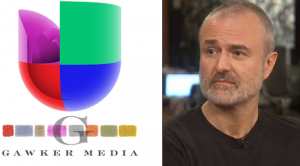 According to the Wall Street Journal, the amount was listed in noncompete pact filed with the U.S. Bankruptcy Court in New York.

Although the content for Gawker Media’s websites was created in New York, a subsidiary in Hungary handled most of the web development and technical work. Hungary is also where Gawker was initially incorporated.

Politico reported last week the Spanish-language network picked up the leases for Gawker’s NY and Hungary offices, which may explain why Univision included Hungary in the non-compete.

Gawker.com officially shut down yesterday, after Univision refused to include and operate the site once the acquisition is finalized.