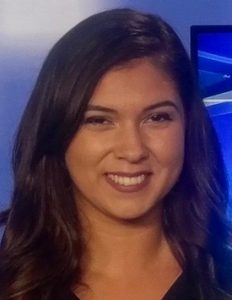 Priscilla Estrada has landed her first broadcast job as a reporter/Multimedia Journalist at KGBT CBS 4 in the Rio Grande Valley.

She’ll be working for the station’s 5 and 6 pm weekend newscasts, as well as three days during the week.

Priscilla will be reporting from the Hidalgo County newsroom in Pharr/McAllen, TX.

Her first day at the station was yesterday, but she’ll debut on-air in about two weeks.

Prior to joining KGBT, Priscilla was an intern for WVUA 23, a commercial television station operated by the University of Alabama.