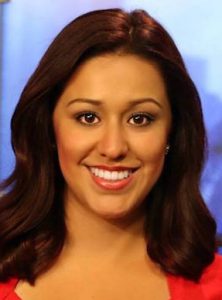 Jessica Reyes is leaving WLEX. This is her last week at the NBC affiliate in Lexington, Kentucky.

She has accepted a position as a morning reporter at Kansas City CBS affiliate KCTV.

She starts the new job on Monday, October 31.

Jessica has been a reporter at WLEX since August of 2013. She was previously a reporter, anchor and producer at Hagerstown’s WHAG-TV from 2011 to 2013, when it was still an NBC affiliate.