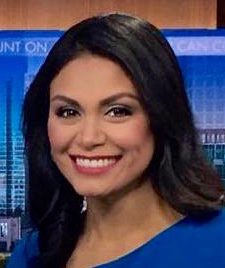 As of this week, Wendy Corona is officially the new 4 pm weekday co-anchor at Atlanta’s ABC affiliate WSB, alongside Craig Lucie.

She had been filling in at that time slot after Erin Coleman left the station in June.

Wendy has anchored Channel 2 Action News at 6 and 11 pm on weekends since joining the station in January 2013.

Before moving to Atlanta, she worked as a reporter at WFAA in Dallas. She was previously an anchor at KPRC in Houston. Wendy has also worked as a morning anchor at WPLG in Miami.