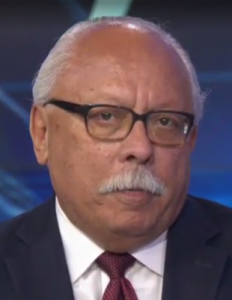 Reporter Tony Valdez has signed off for the last time from KTTV, the Los Angeles Fox-owned station where he has worked for the past 35 years.

His retirement is now official. His last day was Friday, November 18.

During his time at KTTV, he was also a weekend news anchor from November 1991 to January 1993. And for 31 years, he was a Sunday fixture as host of the station’s weekly public affairs program “Midday Sunday.”

Tony began his television reporting career at KTLA. He also worked for KCET, La Opinión and the Los Angeles Herald-Express before making KTTV his home for the past four decades.

The station did an on-air tribute and farewell to Tony on his last day. Here’s the video: