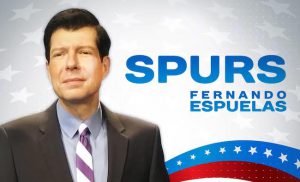 Espuelas, whose afternoon political talk show was pulled off the air last year in a Univision Radio restructuring, began podcasting in Spanish in early November.

Espuelas has already produced 10 episodes of his Spanish-language podcast.

You can read more about the launch and Espuelas’ vision of the impact of podcasts among Hispanics on Forbes.