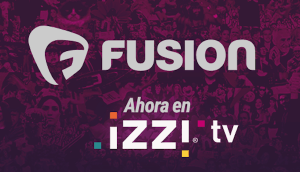 The Fusion Media Group today announced it has launched the Fusion cable network in Mexico. This is the network’s first international market expansion.

Fusion programming is now available through an agreement with Mexico’s Izzi Telecom via its cable and Video On Demand service.

The Mexican version of Fusion’s linear channel will include the network’s franchise investigative series “The Naked Truth,” Diego Luna’s “Back Home” series, as well as signature news specials, original documentaries, docu-series and a selection of comedy and satire programming.

FUSION Co-President and COO Boris Gartner announced the launch in a note to staff today:

We are excited to officially announce that the FUSION cable network is launching in Mexico through a partnership with Izzi Telecom. This marks our first international expansion for the network. Now, Izzi customers can tune-into channel 234 to watch our news and lifestyle programming or they can check out our content via Izzi’s Video On Demand service.

We are excited to provide a bridge for young viewers who are interested in fresh programming beyond the US. We believe that FUSION’s commitment to deliver fearless journalism and elevate underrepresented voices, coupled with our unique mix of culturally-relevant lifestyle programming will connect with a young Mexican audience.

This new feed of our linear network will be curated specifically for young bilingual Mexicans and will feature some of our best content. The channel will include a series of signature news specials from Jorge Ramos, including his recent film ‘Hate Rising,’ our franchise investigative series ‘The Naked Truth,’ Diego Luna’s ‘Back Home’ series, and several of our award-winning original documentaries and docu-series. It will also include a series of our special reports on cultural topics including fashion, college life, sex, technology, and the environment as well as a selection of our comedy and satire programming including ‘The Democracy Handbook with Bassem Youssef,’ ‘Chris Gets Money,’ and Al Madrigal’s ‘Half Like Me.’

As we have thought about growing the network’s footprint beyond our borders, it was important for us to take our time and make sure we understood the audience we would be serving. The process kicked off earlier this year when we launched on Izzi’s VOD service in an effort to start introducing our content to young, connected Mexican audiences. As we built out our plan for the network, we have been able to leverage the unique knowledge and understanding that Univision has of the Hispanic community and FUSION’s experience in delivering content to young, diverse audiences.

There are a few things to keep in mind about the potential audience in Mexico. We know that the ‘millennial’ generation comprises about a quarter of the U.S. population (24%), but they make up an even larger block of the Mexican population (34%). We also know that youth in both countries are digitally and socially connected and have a similar set of shared values and passion points — from being the most educated generations in their respective countries to having progressive stances on social issues.