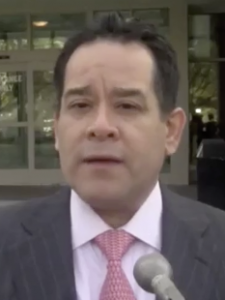 The 55-year-old Salinas, who had been in a Virginia jail without bail since he was arrested in July, was released last Friday. He was accused of raping a disabled 64-year-old acquaintance in her home in January.

Admitting they couldn’t prove their case beyond a reasonable doubt due to issues with the victim’s memory, prosecutors yesterday dropped the charges in Montgomery County Circuit Court, reports The Roanoke Times.

Salinas’ defense attorney insisted the accusation was false and that evidence pointed to his innocence.