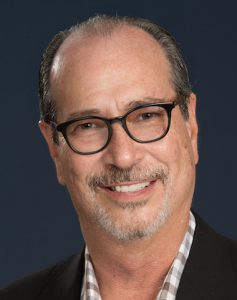 After more than 20 years at Univision, Francisco “Cisco” Suárez is out as the network’s SVP of Special Events.

Rumors of his exit first surfaced as far back as July, just before Univision’s “Premios Lo Nuestro.” At the time, Univision denied his departure.

Word started circulating again last night Suárez was leaving the company, but it was not confirmed until today, when Lourdes Díaz and Jorge “Pepo” Ferradas sent an email to staff making the announcement.

During the transition, Adrián Santucho, recently appointed EVP of Univision Studios and Jorge “Pepo” Ferradas, President of Univision Music, will be working closely with the Special Events team on music related productions, according to the email.

Univision’s SVP of Special Events for the past 12 years, he joined the company in 1993 as Telefutura’s Director of Project Development before taking on his most recent role in 2004.

We are writing to share with you that after many years leading our Special Events team Cisco Suarez will be leaving Univision. As many of you know, he and his team have been responsible for Univision tentpole events and other special productions. Please join us in thanking Cisco for his contributions and in wishing him well as he embarks on the next phase of his career.

In this period of transition, Adrian Santucho will work closely with the Special Events team, and with Pepo on music related productions, to ensure continuity and that innovation and creativity remain at the core of our tentpoles.

Our world-class team produces some of the most highly anticipated musical and entertainment experiences in media today and we are confident that we will continue to evolve our special events and propel Univision’s evolution as a creative powerhouse in the industry.