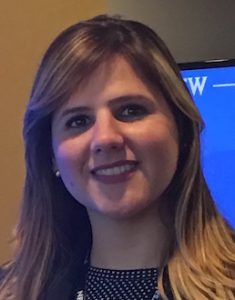 Vanessa Vicuna has left Florida for a new job at KXTX Telemundo Dallas.

She started this week as producer for the station’s 5 and 10 p.m. weekend newscasts. She will also produce during the week.

Before joining KXTX, Vanessa spent a year as a news producer for Entravision’s Noticias Univision Tampa Bay from 2015 to 2016.

She previously did a brief stint as an MMJ at Univision Florida Central in Orlando.