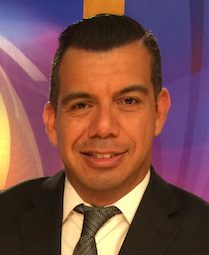 Carlos Trejo has started a new job as a reporter for Telemundo affiliate KUNA in Palm Springs.

He most recently spent three years as a reporter for entertainment show “En Vivo” at Estrella TV in Los Angeles.

Trejo previously worked as an afternoon on-air radio personality at Lobo 102.9 FM in Bakersfield. Before that, he worked as a weekend radio host at Univision’s KRCD 103.9 FM “Recuerdo” in Los Angeles.

A native of El Salvador, who moved to the U.S. in 2000, he landed his first media job as a production assistant on Entravision radio’s KSSE “Super Estrella” morning show in Los Angeles, where he worked from 2004 to 2006.