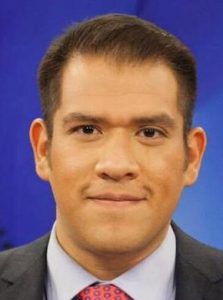 John-Carlos Estrada has made a 47 market jump to Fort Myers, where he starts a new job as weekend anchor and reporter for CBS affiliate WINK and CW affiliate WXCW.

He’ll report dayside Monday through Wednesday for the 4 to 7 pm newscasts.

Estrada moved to Florida from East Texas, where he was lead anchor and managing editor a ABC affiliate KTRE-TV in Lufkin for more than two years. He left the station on January 6.

He began his on-air career at KAVU-TV in Victoria, Texas as the station’s main news anchor. He was previously a segment producer for MSNBC’s “The Cycle” and NBC’s “Weekend Today” in New York City.