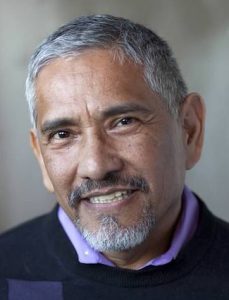 Longtime Public Radio International executive Vidal Guzman died trying to save his 19-year-old son from nearly drowning. He was 60.

According to family members, Guzman, who was vacationing in Puerto Rico, died on Monday evening.

His daughter Marieli Guzman, who is a licensed practical nurse, tried unsuccessfully to revive her father, she told the Star Tribune.

Guzman worked in the radio industry for 30 years, starting his career as a producer and technical director for Wisconsin Public Radio. For the past 22 years, he was a senior manager at Public Radio International in Minneapolis.

During his lengthy career, Guzman advocated for diversifying public radio. He helped launch news programs such as daily newsmagazine “The World,” and “Latino USA,” an award-winning radio newsmagazine focusing on the Latino community.