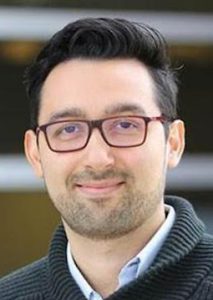 Christian Suárez has moved to New York for a job as Promotions Producer WNJU Telemundo 47. He started the new yesterday.

In his new role, Suárez will be responsible for planning, producing and executing the station’s branding strategy and sales support campaigns for Telemundo 47.

He arrives to WNJU after working for sister station KXTX Telemundo 39 in Dallas.

A native of Colombia, he moved to the U.S. in 2007 and worked as a freelance editor and photographer for RCN National News before joining Telemundo.