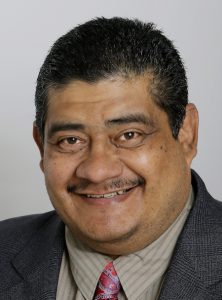 Anthony Marquez, Los Angeles bureau chief for the Associated Press for the past 13 years, has died. He was 55.

An AP story about his passing describes him as compassionate, with a great passion for news and very highly regarded in the industry: “Unfailingly courteous and with a disarmingly quick wit, Marquez was that rare boss and executive who seemed to have no enemies. Those who spoke highly of him included not only the reporters, photographers and others he hired but the many editors and news directors whose newspapers, websites, and TV and radio stations received news from the AP.”

Marquez, who graduated from Fresno State in 1985 and earned a master’s from Columbia University’s Graduate School of Journalism, started his journalism career as an intern at AP’s Minneapolis bureau. He eventually got hired as a reporter in 1986 and worked his way up the ranks to become Contra Costa Times Bureau Chief and Assistant City Editor.

He took an 8-year break from the news agency to work in newspapers, working as Managing Editor for the West County Times and Bay Area editor for the San Jose Mercury News, before returning to the AP as Assistant Bureau Chief in San Francisco. He moved to L.A. in 2003.

He is survived by his wife Maureen and their three children, Paul, 24; Aaron, 22; and Francesca, 18.