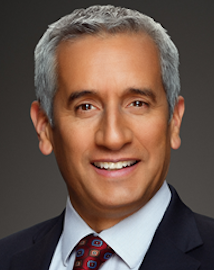 Torres had been “9Health” medical expert at Denver NBC affiliate KUSA since 2009, while maintaining his clinical practice.

Torres was an Air Force pilot before pursuing a second career in medicine. He got his start in TV news, contributing to KOAA while an ER doctor in southern Colorado.

Torres, who had been contributing to NBC News and MSNBC for the last several months, replaces Dr. Nancy Snyderman, who left the network in 2015.