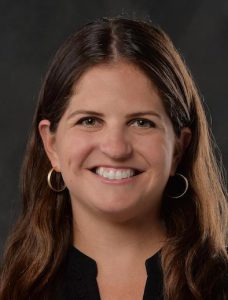 Gabriela Nuñez, who has been Manager of Communications for ESPN International and ESPN Deportes for the past 7 years, is leaving the company.

Her last day is this Friday, February 17.

She’s moving to Telemundo, where she’ll be Director of Sports Publicity – just as the network ramps up its coverage for World Cup 2018.

She starts her new role on February 27.

Headquartered in New York City during most of her time at ESPN, Nuñez recently relocated to Miami, where she’ll also be based for Telemundo.

Prior to ESPN, she was a senior account executive for Conexión PR in Los Angeles.