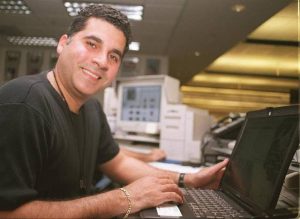 El Nuevo Herald veteran photographer Héctor Gabino has died after a battle with cancer. He was 51.

He passed away this past Saturday in Miami.

“His talent transcended daily events, and he captured the human side of tragedies with images that touched the heart. He always followed his heart. And despite all the changes in digital technology and the new platforms, he knew how to use his talent to modernize while maintaining his passion,” Corzo told el Nuevo Herald.

Gabino is survived by his wife and daughter Gabriella.