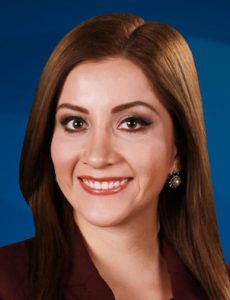 She makes her on-air debut on Monday, February 20.

Brito was most recently an MMJ for the Telemundo Station Group’s Miami bureau, where she produced and reported stories for Telemundo stations across the country since October 2016.

She previously worked for Univision as a newsroom assistant and also held various news anchor and executive producer positions for WUFT-TV and WUFT-FM in Gainesville, Florida.