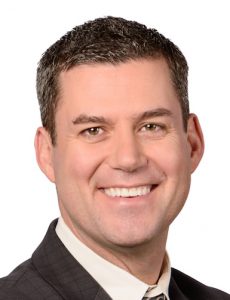 Richard Borjas moves up the ladder at Telemundo. He has been upped to the newly created position of Vice President, Production.

Borjas will continue to be based in Miami and report to Jesus Torres Viera, EVP of Entertainment.

In his new role, he’ll oversee the development and production of multiple programs for the network, including “Un Nuevo Día” and “Suelta La Sopa.”

Borjas, who joined Telemundo in 2011 as a producer on the now defunct weekly variety show “Pa’lante con Cristina,” was most recently Executive Producer for the network’s afternoon gossip show “Suelta La Sopa.”

During his time at Telemundo, he launched and executive produced productions such as “La Voz Kids” and “Suelta La Sopa.” He has also produced various reality formats, including “Yo Me Llamo” and “Yo Soy El Artista.”

He previously worked as a Supervising Producer for “The Balancing Act,” a morning show that aired on Lifetime, and was also a freelance producer for ABC’s “Good Morning America.” Before that, he spent 11 years as a producer at Univision Network, where he worked on several programs, including “El Show de Cristina,” “Control,” and “Lente Loco.”