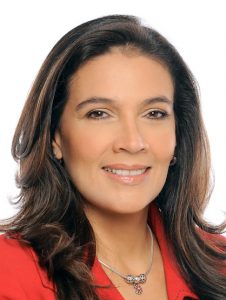 Vanessa Pombo has been promoted from Senior Director of Business News to the newly created position of Vice President of Production Management and Business News at Telemundo Network.

In her new role, Pombo will manage domestic and international broadcast news operations, production, and post-operations, and will spearhead initiatives to enhance the quality of Telemundo News broadcasts.

She’ll also be responsible for identifying latest trends in news gathering technology and additional streams of revenue to maximize the outcome of shows under the news department umbrella.

Pombo was brought in to the news division in August of last year, after spending six months as Senior Director of Production Management at Telemundo Studios.

Prior to joining Telemundo in 2016, she spent her career at Univision, where she first began as an Audience Coordinator and worked her way up to become Vice President of Univision Studios. She also worked as Executive in Charge of Production/Operations, directing and supervising new projects for launch.