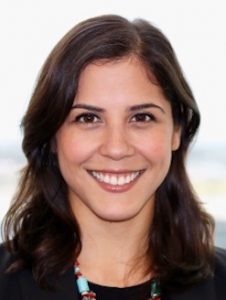 Vanessa García is leaving Miami for a new role as Director of Community and Communications at WNBC in New York.

She starts the new job on Monday, March 13.

This marks a return to NY for García, who previously worked as a Community Affairs Specialist for Telemundo Enterprises from 2014 to 2015.

She is currently Community Relations Manager position at NBCU Telemundo Enterprises, where she has led special projects for the Community Affairs Department and worked with local Telemundo stations around the country.

García began her career in news production KNBC in Los Angeles and later joined the KVEA Telemundo 52 as an assignment editor before making the move to Miami.