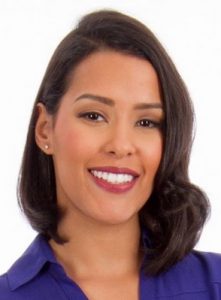 In addition to her anchor role, she’ll contribute to WBZ This Morning on weekday mornings. She starts the new job on Monday, April 3.

Rodríguez arrives to WBZ-TV from The Weather Channel in Atlanta, where she spent three years as a network correspondent and news anchor for the network’s flagship morning show, America’s Morning Headquarters.

Before that, she was a weekend anchor and reporter for NBC affiliate WWLP-TV in Springfield, MA.

Born in Santo Domingo, Rodríguez emigrated to Providence, Rhode Island at the age of 12.