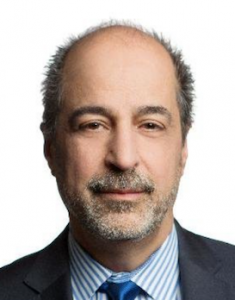 The promotion puts him in charge of the entire news department for the Inquirer, Daily News, and Philly.com, playing a leading role in the newsroom’s strategic planning.

He was most recently PMN’s Managing Editor for news.

According to a Philadelphia Inquirer story, Escobar’s promotion is part of a major newsroom restructuring “at a critical time for PMN and the news business,” just as the company is preparing to begin charging money for its online content and negotiate labor contract with journalists and other union members, which is due to expire this summer.

Escobar is cited as being one of the architects of the company’s digital news strategy.

Leading up to his current role, Escobar previously spent 16 years at the Washington Post as a Latin America correspondent, a national reporter covering immigration, a crime reporter and City Editor.

He also worked at the Hartford Courant, the Philadelphia Daily News, and the Dallas Morning News, and was associate director of the Pew Hispanic Center.