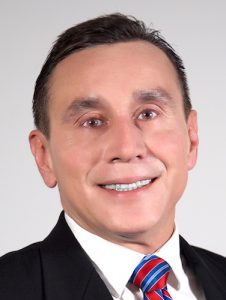 Muñiz arrives to Telemundo 40 after working as a reporter at KINT Univision 26 El Paso.

He was previously a reporter and executive producer for the University of Texas’ UTA News en Español in Dallas.

Muñiz has also worked as a producer and reporter at KUVN Univision 23 in Dallas.

He started his broadcast career in 2012, after working in the banking and financial industry.