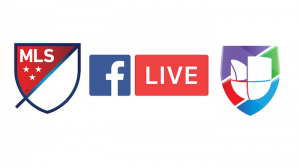 As part of this collaborative arrangement, MLS will also produce more unique digital content to increase social engagement with fans.

At least 22 matches during the 2017 MLS regular season that are being broadcast on Univision networks in Spanish will now be available in the U.S. for live streaming in English via the Univision Deportes Facebook page.

The live streamed matches, which will be produced for consumption on mobile devices, will feature Facebook-specific commentators, interactive graphics, and fan Q&A that will allow viewers to engage directly with commentators throughout matches.

The first MLS match to be streamed on Facebook will feature 2017 expansion club Atlanta United hosting the Chicago Fire on Saturday, March 18 at 4:00 p.m. ET.

MLS will produce 40 exclusive “Matchday Live” shows on Facebook on MLS game days, which will feature highlights and analysis from around the League and a preview of the day’s upcoming matches. These shows will be produced specifically for Facebook and available on the MLS Facebook page.