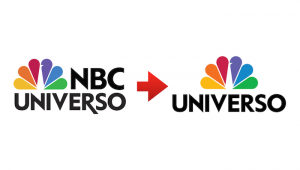 Cable channel NBC Universo, formerly mun2, has dropped the “NBC” from its name and logo, making it the second rebrand in two years.

According to a Universo spokesperson, the change was part of an effort to “refresh” the channel’s look and to continue “establishing its identity in the Spanish cable network space.”

The company did not make any public announcements about the channel rebranding, which quietly began its new on-air look Sunday, February 19.

“It causes less confusion. It is not an English channel and it says loud and clear our programming is for Latinos,” states the spokesperson.

While it has dropped the “NBC” from the channel name, the company decided to “maintain the NBC brand equity with the emblematic peacock which represents quality programming.”

The spokesperson says the new image of the channel will better resonate with Spanish-speaking viewers: “This Universo logo elevates our own Latino identity within the portfolio. It’s easier to recall and is undoubtedly in Spanish.”