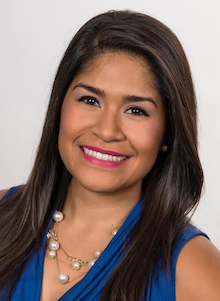 She has been hired as a multimedia journalist at ABC affiliate KAAL-TV in Rochester, Minnesota.

Elias was most recently a writer and associate producer for XETV-TV, the CW affiliate in San Diego.

Prior to landing her job at CW6, Elias was a reporter and anchor for Newscene, a student-run television news station at San Diego City College.