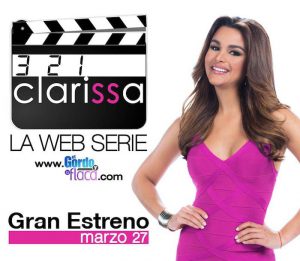 Univision’s idea is to give viewers “a look at the beauty queen’s journey to her new exciting career in entertainment news,” showcasing how she transitioned from reality show contestant to on-air personality.

Molina, who has competed in several beauty contests, represented the Dominican Republic at the Miss Universe 2015 pageant.

The web series premieres on Monday, March 27 on www.ElGordoYLaFlaca.com.