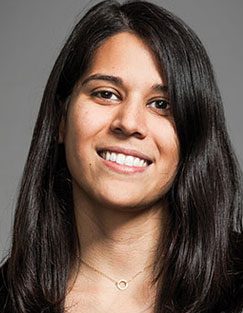 Andrea Valdez has started a new job at Wired.com. Her first day as Editor of the magazine’s website is today.

She’s based out of Wired’s San Francisco office.

Valdez arrives to California from Texas Monthly where she worked over 10 years, most recently as Editor of texasmonthly.com.

She first joined Texas Monthly as a fact checker and editorial assistant in 2006, after completing her master’s from Northwestern University’s Medill School of Journalism.

She worked her way up the ranks, becoming Assistant Editor just a year later and moving to the digital pub, landing a role as Deputy Web Editor in 2012. She was promoted to Editor of texasmonthly.com in 2014.

During her time there, she worked on the launch two verticals – the TM Daily Post and TMBBQ.com — and helped in a major redesign of the website in 2013.