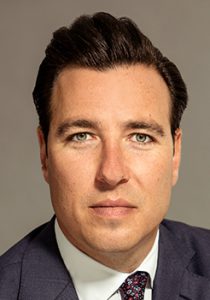 David Tardio has been promoted to VP of Ad Sales for Discovery U.S. Hispanic.

In his new role, Tardio will oversee all sales efforts for the company’s portfolio of Spanish-language offerings, including Discovery en Español and Discovery Familia, as well as all digital media properties.

He’ll continue to be based in New York and report to Allan Navarrete, EVP, Head of Distribution/GM US Hispanic.

An 11-year Discovery veteran, Tardio joined the company as a Director of Advertising Sales in 2006.

He was previously a Senior Account Executive for Univision, where he managed the National Sales efforts based in New York.

Before that, he worked as an account executive for Azteca América.