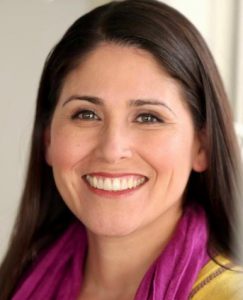 Yvette Cabrera has moved to Washington, D.C., where she has started a new job as an investigative reporter for news site ThinkProgress.org, a project of the public policy research and advocacy organization Center for American Progress (CAP).

She is covering criminal justice, immigration and environmental issues, as well as the Trump administration.

“I’m excited to be part of an organization that values in-depth investigative journalism and is expanding these efforts at a time when this type of reporting is needed more than ever,” Cabrera tells Media Moves.

Prior to joining ThinkProgress, she had been contributing to investigative news site Voice of OC in Santa Ana since 2014. She will continue to collaborate with Voice of OC on several Orange County-based projects that she had been working on and that will be published in partnership with ThinkProgress.

She was previously an investigative reporter for the short-lived journalism startup Mission and State. Before that, she spent 13 years as a staff writer and news columnist for the Orange County Register.