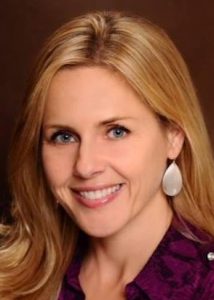 Covarrubias was most recently VP of Sales and Marketing for ZipCast, where she worked since 2014.

She previously worked 13 years for Univision in Houston. She was a Local Sales Manager from 2001 to 2010, when she was promoted to VP, Director of Sales until 2014.

She began her career as an Account Executive for HBC Radio in 1998.