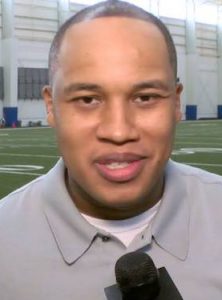 David Solano has started a new job as a sports and news anchor at KIRO-TV, the CBS affiliate in Seattle.

He moved to Washington state after spending two years at CBS affiliate KOIN in Portland as a sports anchor and reporter.

He previously worked at ABC affiliate WXYZ-TV Channel 7 in Detroit as a weekend sports anchor and reporter from 2012 to 2015. Before that, he anchored and reported for Tribune Broadcasting in Houston for over two years, and at WZZM-TV in Grand Rapids.

He started his on-air career as a sports anchor and reporter at WMAZ-TV in Macon, Ga. in 2002, staying at the station for four years.

Solano, who is half Mexican and African-American, says speaking “Spanish has been very helpful when working with professional athletes in Houston and Detroit.”