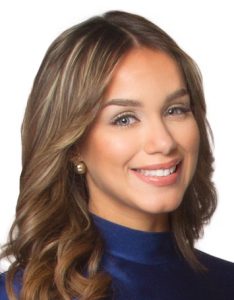 A weather anchor for New York station WNJU’s “Noticiero 47 Telemundo Primera Edición,” she had previously been doing cut-ins for the network.

She started her new role on Monday, May 1.

Prior to joining Telemundo 47 in 2013, she worked as a weather and entertainment anchor for WUNI Univision Boston for almost three years.