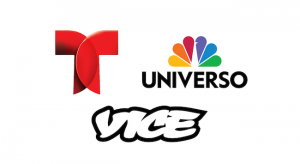 As part of the partnership, both companies will co-produce original documentary segments on subjects ranging from music, sports, food and culture for Telemundo News.

The deal also includes the acquisition of an exclusive 1-hour hosted weekly show for Universo. The yet-unnamed program will be VICE’s first-ever produced specifically for the U.S. Hispanic market.

The show and the segments will start airing in the fall.

Driven alongside Telemundo News by the VICE Mexico office in coordination with VICE’s U.S. offices, the agreement includes the production of weekly linear and digital original content featuring the innovative approach that has gained VICE its strong positioning among millennials.