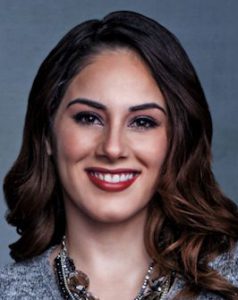 She replaces Rebecca Suarez, who left the station for a job as Chief Communication Officer for Houston Independent School District.

This is a promotion for Guzmán, who moves up from 5 pm news producer – a job she’s held since July of 2016.

Prior to joining Univision Noticias 45, Guzmán was a news anchor and producer for Univision and Fox in Laredo, TX.

She was previously a Houston-based national correspondent for Azteca América.