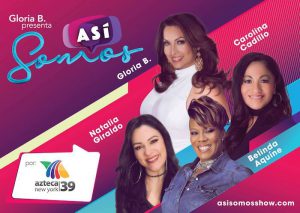 The show is independently produced for Azteca América by Batres Productions.