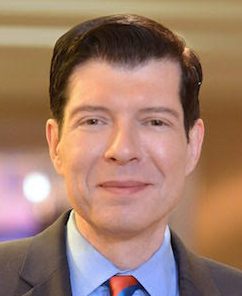 “Mercury combines three passions: politics, strategy and communications,” Espuelas tells Media Moves. “This position is the logical next step in my life.”

Espuelas will continue to write for The Hill, as well as produce Spanish and English-language podcasts bearing his name.

A Henry Crown Fellow at the Aspen Institute, Espuelas, who considers himself a political junkie, spent seven years as the host of a daily political talk show on Univision radio.

He also launched and was host and producer of “Matter of Fact with Fernando Espuelas,” a national politics show produced and distributed by Hearst Television and Sony Pictures for the 2015-16 season.

He is a frequent commentator for CBS News, NPR and Sky News.