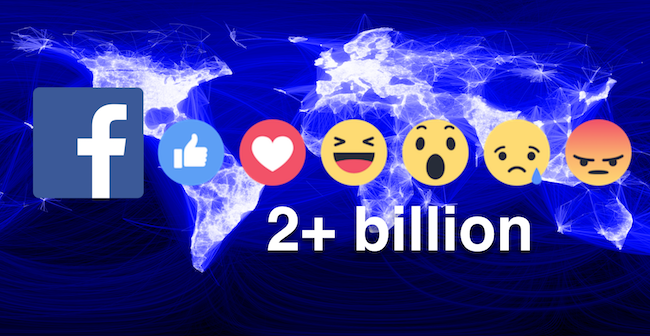 If anyone had any doubt about Facebook’s growing reach and influence, the numbers don’t lie.

Mark Zuckerberg made it official on his Facebook page: the social network now has more than 2 billion monthly users worldwide.

Shortly after making the announcement yesterday, Product Manager Guillermo Spiller and Product Director Mike Nowak shared some additional information about how those people are connecting and building communities on Facebook in a Newsroom post.

This connectivity reinforces Facebook’s new mission statement, announced last week: to “give people the power to build community and bring the world closer together.”

To celebrate, Facebook will be launching a personalized video that will “share several personalized experiences” detailing some of your interactions.

That personal video will pop up in your News Feed or you can check it out and edit it by visiting facebook.com/goodaddsup.

To put things in perspective, check out this graph from a Techcrunch story: 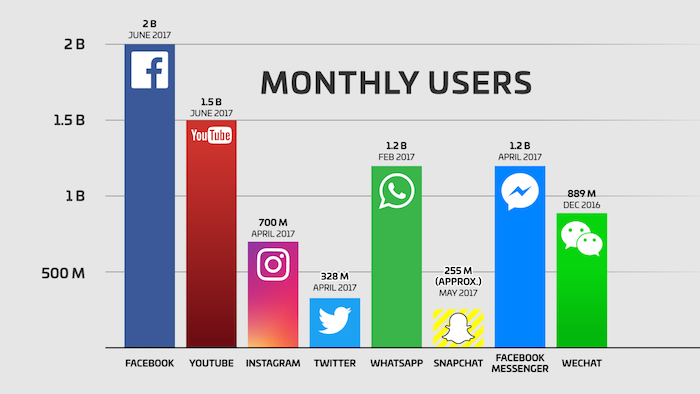