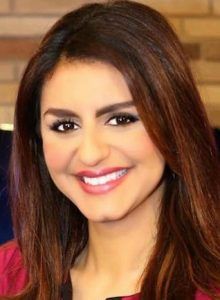 Vanessa Abuchaibe has started a new job as weekend morning weather anchor at ABC affiliate KVUE in Austin. She will also fill in during the weekday newscasts.

Abuchaibe previously worked as weather anchor and entertainment reporter at Univision Dallas for over two years. She was laid off last November during Univision cut 250 jobs across its local stations.

Before that, she was a weather anchor and entertainment reporter at CBS affiliate KFDA channel 10 and the local Telemundo station in Amarillo.

She started her broadcast career as a producer and reporter for BBC in Miami.