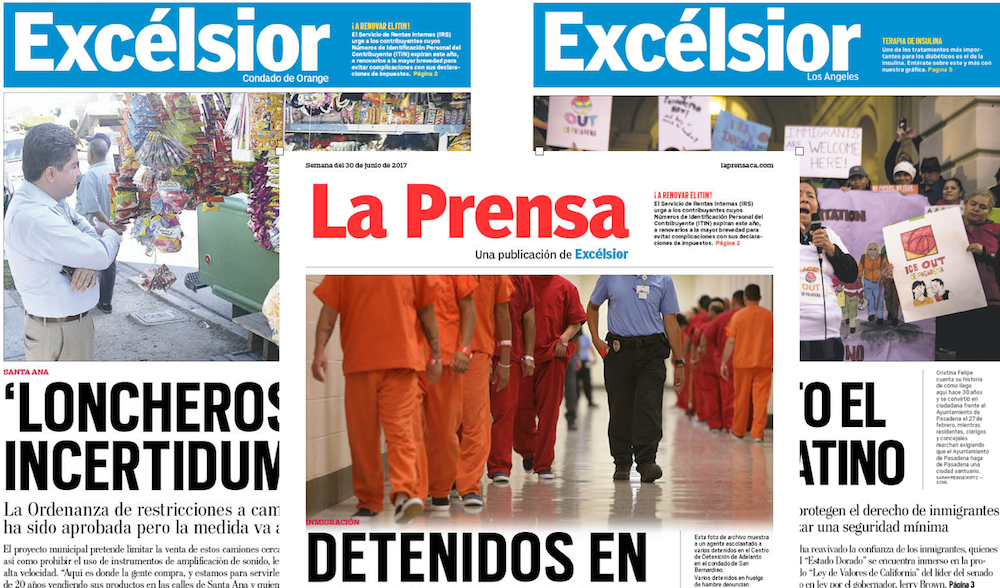 Impacto USA is no more. The weekly, founded in 2005, has been renamed Excélsior Los Angeles as part of the Southern California News Group’s efforts to bring all of its Spanish-language weeklies under one umbrella brand.

The newspaper company has chosen to stamp the Excélsior brand on the masthead of its three Spanish-language publications.

La Prensa de Riverside, born in 1999, has updated its name to include it is now “an Excélsior publication.”

The original Excélsior, launched by the Orange County Register in 1992, will add “Orange County” to its masthead.

The three papers have been redesigned to “include infographics, eye-catching headlines, and larger photographs.”

The newspaper company in 2014 shut down Excélsior and La Prensa  and tried to rebrand both weeklies under one same name – Unidos en el Sur de California – but that effort failed.

In its new rebranding effort, existing websites impactousa.com and unidossc.com will be redesigned and merged in the next few months into ExcelsiorCalifornia.com, housing the online content for all of its Spanish-language publications.