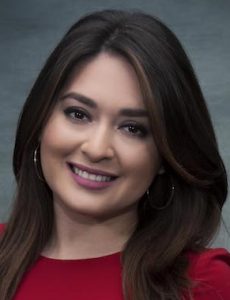 She’ll be a solo anchor for the 5 and 10 pm newscasts, joining meteorologist Ligia Granados and Héctor Lozano and Omar Ramos in sports.

Pérez has been a reporter for “Noticias Univision Chicago” since March 2015.

She was previously a news anchor for Univision Tampa Bay WVEA-TV and also worked as a reporter for Mega TV.