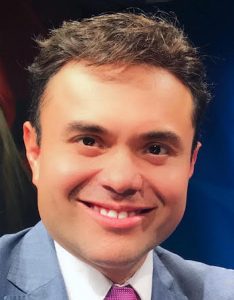 “I love a challenge. Whenever there are drastic changes in my life, opportunities such as this come along,” González tells Media Moves. “I am ready for what is coming.”

His past experience includes positions as sports anchor at Univisión 26 in and Sports Director/anchor at Televisa in Ciudad Juárez, Mexico.