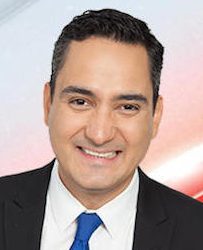 Alex Hernández is no longer Telemundo 60’s main anchor. The San Antonio station did not renew his contract.

A spokesperson for the station confirmed his departure and said they are “conducting a search for a news co-anchor to present our weekday afternoon and evening newscasts alongside Arlena Amaro.”

Hernández had been co-anchoring the 5 and 10 pm weekday newscasts with Amaro.

Santiago Gallego, who last year was promoted to anchor for the launch of KVDA’s 4 and 4:30 pm newscasts, is taking over the 5 and 10 pm shows on an interim basis.

He previously worked as sports anchor for KWEX Univision San Antonio from 2010 to 2011.