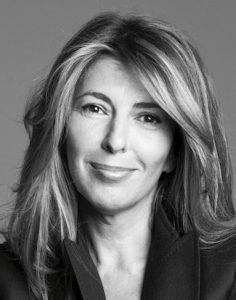 Nina García has returned to Elle after 9 years – but this time, as the magazine’s Editor-in-Chief.

Her appointment was effective yesterday.

She takes over from longtime editor Robbie Myers who announced her exit from the Hearst-owned publication last week.

García was most recently Creative Director for Marie Claire, a role she’s held since 2012. She was previously that magazine’s fashion director from 2008 to 2012.

The Colombian fashion journalist previously worked at Elle from 1995 to 2008, spending the last 8 years of her time at the magazine as its fashion director.

“ELLE is close to my heart, and this is a very special homecoming,” Garcia said in a statement. “I’m excited to work with this incredibly talented team to set the pace for women who are moving as fast as the times we live in.”

García, who is a New York Times best-selling author of four books, is known for her role as a judge on Project Runway since it launched in 2004.