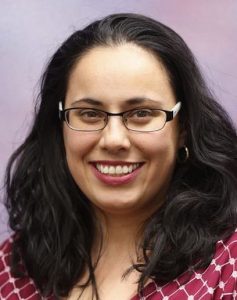 The El Paso Times has named Zahira Torres Editor and News Director, making her the second woman and first Latina to lead the 136-year-old newspaper.

Barbara Funkhouser was the paper’s first female editor from 1980 to 1986.

Torres takes over from Editor Robert Moore, who resigned from the post last month.

The 36-year-old Torres returned to El Paso last year as Investigations Editor for the paper.

She previously worked at the Los Angeles Times, where she was part of the team that won a 2016 Pulitzer Prize for its coverage of the San Bernardino shootings. Before that, she worked as a reporter for the Denver Post from 2013 to 2015.

Torres began her career at the Times and worked her way up the ranks, eventually becoming the newspaper’s Austin bureau chief, before moving to Denver.